The daffodils are out and clear skies and sunshine are becoming a more regular occurrence, so that means spring is nearly upon us. And for the first time in what feels like forever, we can look forward to celebrating without restrictions – just in time to explore some fabulous new restaurants and places to stay that are opening across the West Country. Here’s a look at just a few.

Prawn on the Farm (above)
Padstow favourite Prawn on the Lawn will reprise their summertime pop-up Prawn on the Farm, moving the restaurant to Trerethern Farm on the outskirts of town from 1 April to 2 October. You can expect a similar menu of fish and shellfish that changes daily depending on what their partner fishermen have caught. Unfortunately, the farm is not dog-friendly, but that’s a small sacrifice compared to the gorgeous views you’ll be treated to during your time there.

Kuki
Renowned chef Jude Kereama (who runs Kota and Kota Kai in Porthleven) is due to open his much anticipated third restaurant in April after delays caused by Covid. Kuki will be located at The Valley holiday village in Carnon Downs, between Truro and Falmouth. Jude, who hails from New Zealand, says kuki means cook or chef in Maori. The lunchtime menu will feature small plates with a focus on fish and seafood, while dinner will be much like Jude’s other ventures – fine dining but with a relaxed atmosphere.

Outlaw’s Guesthouse (below)
Nathan Outlaw and his wife Rachel have bought Port Isaac hotel the Stargazy Inn across from his New Road restaurant from former owners David and Jackie. Outlaw is in the process of refurbishing the nine-bedroom property and plans to open it in May as a B&B with Rachel on reception and him in the kitchen cooking breakfast. Bookings will be offered as an adults-only two-night packaged deal including dinner at Outlaw’s Fish Kitchen on the first night and Outlaw’s New Road on the second. Guests will have access to the hotel’s lounge with an honesty bar and a sun-drenched terrace with stunning sea views. 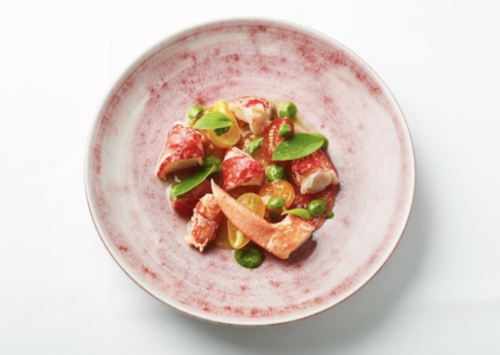 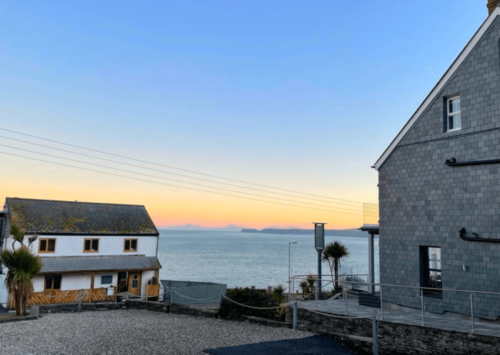 The Coach House Retreats
Let’s be honest, the last two years have been tough on a lot of people. With the pandemic came a shift to working from home, not to mention lockdowns, which meant some of us found it difficult to get out and about. The Sharpham Trust at Sharpham House near Totnes is coming to the rescue with nature-based wellness retreats at The Coach House launching in April. Each retreat (either six or four nights) is open to up to 18 people and includes room and board, daily guided meditation sessions, and time working alongside staff in the beautiful Grade II*-listed gardens. There’s also a four-night retreat focused on relieving burnout, where you can learn how to de-stress and avoid pushing yourself too hard in the future. All meals are vegetarian and cooked onsite using produce grown in the kitchen garden where possible.

Margoux
In another location move, Margoux is due to occupy Exeter’s former Jamie’s Italian building, which has been empty for the last five years. Owners Benjamin Doyle and Vince Aggett say the restaurant has seen great success since launching in January 2020, so they felt the time was right to move to a bigger home. The ground floor will host the main seating area with an open kitchen, while the first floor will play host to a cocktail lounge with stunning views of the cathedral. The team is also working on a brand-new menu for the relaunch. We’re looking forward to it!

Quayside Distillery
Exeter’s bar and restaurant scene will see the arrival of newcomer Quayside Distillery this spring, offering a distillery, gin school, bar, shop and restaurant. Co-founders George Nightingale (owner of Spoken in Exmouth) and Dan Tripp have acquired a space next to the Boatyard Bakery in the former Exeter Cookery School (later House of Brine) on Haven Road. Tripp says they’ve maintained many of the listed building’s original features. People visiting the bar and restaurant will be able to see the distillery and bottling happening, while tours, tastings and gin-making experiences will be launched later on. 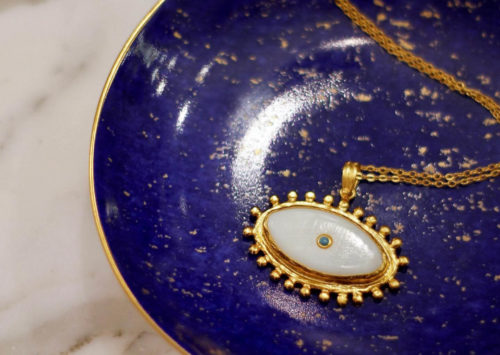 ROSE the store (above)
Nat, owner of Rose the store, has been selling a curated selection of fashion, accessories and homeware online since 2021 and she will be opening a bricks and mortar shop in trendy Westbourne in spring 2022. Her stock gives off serious coastline vibes, reflecting a laidback, country-meets-coast lifestyle. Think earthy tones, nature-inspired jewellery and bohemian-style clothing.

Al Molo Ristorante Di Pesce
Fans of Al Molo in Weymouth will be excited to hear that owners Giuseppe Vannucci and Tim Newton are expanding into Dorchester this spring with the opening of Al Molo Ristorante Di Pesce. Located in the historic Judge Jeffrey building on High West Street, the restaurant’s menu will focus on locally caught fish and seafood, with Giuseppe stepping in as Executive Chef. Further details of their launch will be shared shortly, so watch this space.

Artist Residence Bristol (Above)
While the hotel rooms at the new Artist Residence in Bristol opened in November last year, the property’s bar, kitchen and courtyard garden are gearing up to launch this spring. According to the website, it’s a “huge industrial space with plenty of comfy corners” to meet with friends or bring your laptop for a spot of remote working. If its sister-venues are anything to go by the breakfast, lunch and dinner menus are sure to impress! The restaurant will also be joined by the super-cool ‘Library Bar’, which serves great cocktails, coffee and cake.

Made At Nest
Frome has a new family-friendly pottery café where you can paint ceramics while sipping a coffee and eating cake – what’s not to love? Owner Chloe and her family moved to the town in 2020 and she decided during the Covid lockdowns to change career (she used to be a hairdresser). She welcomes walk-ins but recommends booking ahead to avoid disappointment. Inside, you’ll find a wide selection of ceramic pieces, with paints and brushes provided. For the grown-ups, Made At Nest will also run Pots and Prosecco evenings. Sign us up!

*New review on the journal* ⁠ In search of the f