The Packet Inn Opens its doors in Prussia Cove, Cornwall

There is no doubt that the hospitality industry – so vital to livelihoods and lifestyles here in the West Country – was dealt a huge blow by the Coronavirus crisis. However, there are early signs that our favourite independent restaurants, pubs, bars, hotels and cafes might not only survive, but may begin to thrive once again.

Lucy Studley meets optimistic duo Ben Tunnicliffe and Matt Smith, who have just opened a second pub in Cornwall. Though the opening was delayed by the pandemic, the pair refused to be thwarted in their new venture, claiming that they can still see a bright future for Cornwall’s food and drink businesses into the winter of 2020 and beyond.

Acclaimed chef and restauranteur Ben Tunnicliffe, alongside his Head Chef Matt Smith, recently took over The Packet Inn – an old coaching inn conveniently located between Penzance and Helston. The pub officially opened its doors under this mouth-watering new management on 2nd September, becoming ‘sister pub’ to one of Cornwall’s top dining destinations, The Tolcarne Inn in Newlyn Harbour.

Their decision to launch a new pub during one of the most uncertain periods in living memory didn’t go unnoticed. “A lot of people were surprised when we told them we planned to go ahead, albeit with a slight delay,” says Ben, who had hoped to open this second outpost back in the spring. However, he is undaunted. “I will always be an optimist” he says, with characteristic energy and candour. “I have so much faith in the quality and reputation of the Cornish food and hospitality scene; it still feels like a sustainable endeavour to me.”

Matt, who joined Ben as Head Chef at The Tolcarne in 2019, agrees. “The timing is challenging and there’s not many people launching new enterprises right now, but The Packet is very accessible – both in terms of location and price – and the site lends itself well to adaptation and social distancing,” he explains. Both Ben and Matt talk enthusiastically about the need to do something positive for the business, the industry, and the local community; to give back a little of their infectious optimism in the hope that it will take root. They have already recruited a talented team to support the expansion, employing several hospitality professionals who were made redundant from other businesses during the pandemic.

What can we expect from the food at The Packet Inn?

At The Tolcarne Inn, the location naturally leads to a focus on seafood; the maritime inn nestled next to the sea wall is regarded as one of the best places to enjoy fresh fish in the whole of the UK. However, The Packet sits a short distance inland, above the wild and beautiful Prussia Cove and backing onto farming country. Hence Ben and Matt are looking to both coast and countryside for inspiration.

Local butchers and family farms have been called upon to supply grass-fed beef, free range poultry and outdoor-reared pork. The market gardens and community farms which have supplied The Tolcarne for many years will now add colour and goodness to dishes at The Packet, supplemented with the harvest of small growers around the village of Rosudgeon.

You’ll still find plenty of pescatarian highlights on the menu, including mackerel, lobster, bass, scallops, mussels and more – all sourced from Newlyn or direct from small day boats which fish with the tides in local coves.

The menu will be in a ‘small plates’ format – a selection of dishes between £3 and £12 – inviting you to order a selection and build your own feast of flavours. Seasonal, local, vibrant and varied, it’s the perfect way to sample a panoply of Cornish delights. 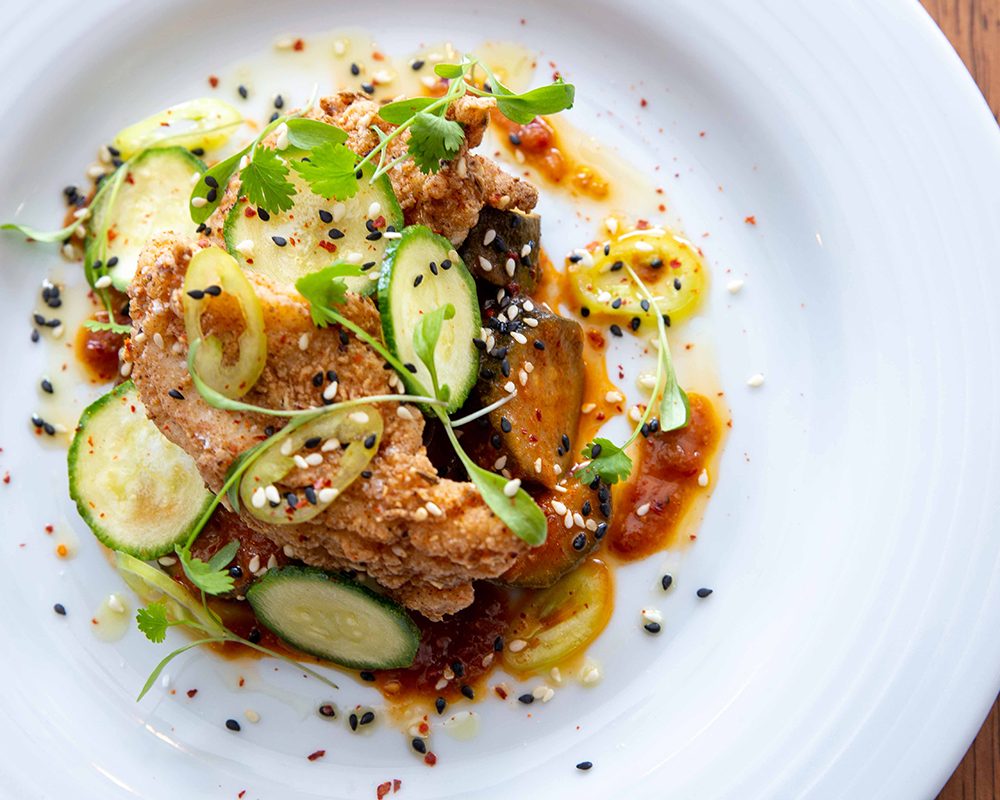 What’s in store this autumn and winter?

Sunday lunch will be a weekly highlight at The Packet, where traditionalists, grazers, families, pescatarians and vegetarians will all be amply provided for. The cosy bar area – well-stocked with locally made beers, ciders and spirits, plus an excellent wine list by independent specialists Ellis Wharton Wines – is likely to be the scene of many comfortable evenings as the nights draw in. There are even ambitions for a small brewery onsite which, amongst other things, will make an ale exclusively for the pub.

There are plans to introduce various deals and incentives for locals and loyal regulars, who Ben and Matt are determined to reel back in again and again with the promise of great food served in a friendly and unpretentious setting.

“Despite the challenging times, people will still seek out great food, made with quality local produce, served in a relaxed setting. In fact, it’s a formula that feels good for the soul right now!”

It’s still far too early to say if we are over the worst of this crisis, or whether this is the eye of the storm, but one thing is for certain – optimism is infectious!

This lockdown is shaping up to be the toughest one

We're very excited to announce that alongside our

ANNA Cake Couture is quite possibly the prettiest