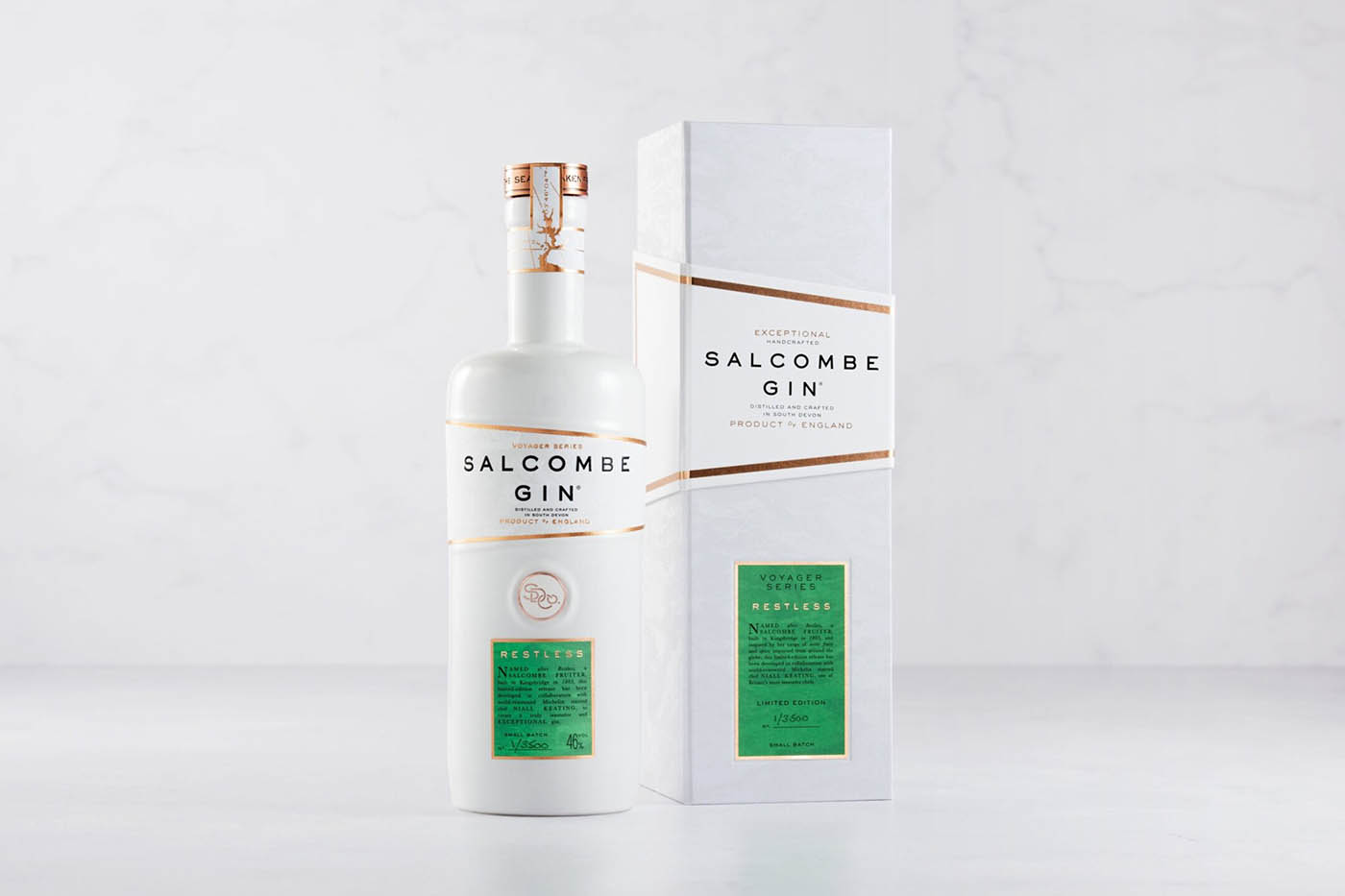 From experience, Salcombe Distilling Co. consistently hit the mark with their spirits. As well as producing one of the best West Country gins on the market – Start Point – their products always look the part and their branding is immaculate. So, when I was gifted a parcel from Salcombe Distilling Co. and I peeled back the packaging to reveal their newest limited-edition gin, I was excited to give it a whirl…

The Voyager Series is a collection of limited-edition gins, each developed in collaboration with a world-renowned chef or iconic winemaker, to reflect their individual personality and style.

I’ve been lucky enough to have tried each of these collaborations so far – including Chef Michael Caines Arabella and Chef Monica Galetti’s Island Queen. To date, each of these collaborations has been pretty impressive, albeit a little pricey at £65 a bottle. In fact as testimony to how good this series has been, I’d say that Mischief, made with Chef Mark Hix, is hands down one of the best gins i’ve ever tried. I’d suggest trying it yourself, but it’s sadly no longer available due to its limited edition status. 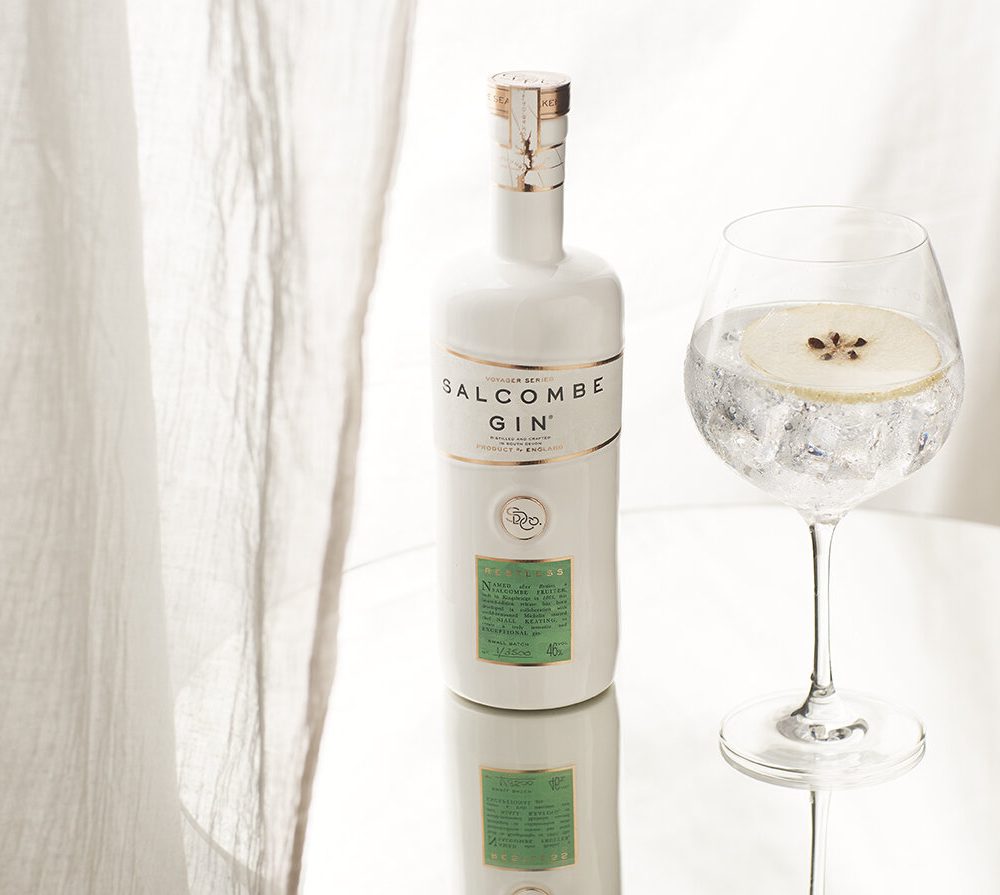 ‘Restless’ is the the fifth and latest gin in the Voyager Series, developed in collaboration with world-renowned Michelin starred chef Niall Keating of Whatley Manor. You’ll probably recognise Niall, as he was recently crowned Champion of Champion on BBC Two’s ‘Great British Menu’. His culinary credentials are top notch and he was a natural choice for Salcombe Gin’s next collaboration.

‘Restless’ was created with 16 botanicals that reflect Niall’s love of Korean and Japanese cuisine. Never one to do things by the book (you may even say, a maverick) Niall chose to push the boundaries of distillation and use his own blood orange kombucha as a liquid botanical for the gin. This was then combined with Asian pears, Japanese salted plums, Chinese black dates, perilla leaves and Sencha Sakura tea.

Fun Fact: ‘Restless’ is the world’s first gin to be created with the use of kombucha as a liquid botanical.

The gin itself is very tastefully presented, arriving in a chic presentation box containing a white ceramic bottle with a bespoke copper stopper commissioned especially for the Voyager series. If I were ordering Restless as a gift, I wouldn’t be disappointed by the feel and quality of it.

According to the press release in my box: ‘‘Restless’ is a complex, exotic, and innovative gin that pushes the boundaries of distillation. The blood orange kombucha delivers both a tang and a delicate sweetness, reminiscent of a pick ‘n’ mix selection. This nostalgic flavour is beautifully balanced with the warming spices. The finish is slightly drying with a sweet umami smokiness balanced by a freshness from kaffir lime leaf and Citra hops.’ 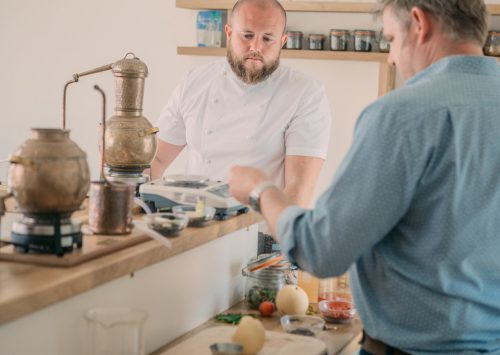 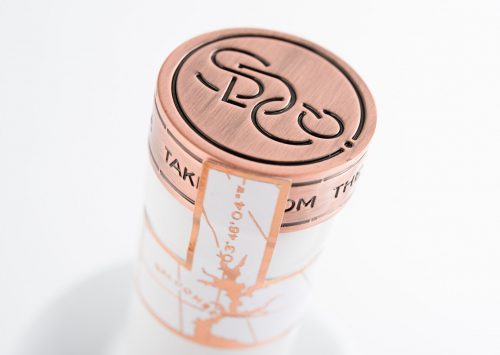 The Verdict: Is it any good?

I’m a big kombucha fan and I couldn’t wait to try a gin & tonic with this unique flavour profile. So, I popped open a chilled can of Fevertree Mediterranean tonic (not sponsored) and got down to the serious business of sampling the gin.

On the nose, I didn’t get too many of the aromas ascribed to Restless. Instead, there was a nostalgic scent of parma violets which very much reminded me of childhood sweets. I suppose, that’s what they mean by a delicate sweetness, reminiscent of a pick ‘n’ mix selection? There’s certainly more of a smokey aroma to the gin as well, which is an unusual – though not unpleasant – combination.

When I took a sip I was immediately met with a strong taste of pear. This isn’t wildly dissimilar to an apple flavour, but it’s a lot more subtle. There’s also a toasted marshmallow taste to the gin, which comes as a sort of second wave of flavour. Strangely enough, I didn’t happen to have any Asian pears to use as garnish, but I did find that the gin was improved when served chilled over ice. 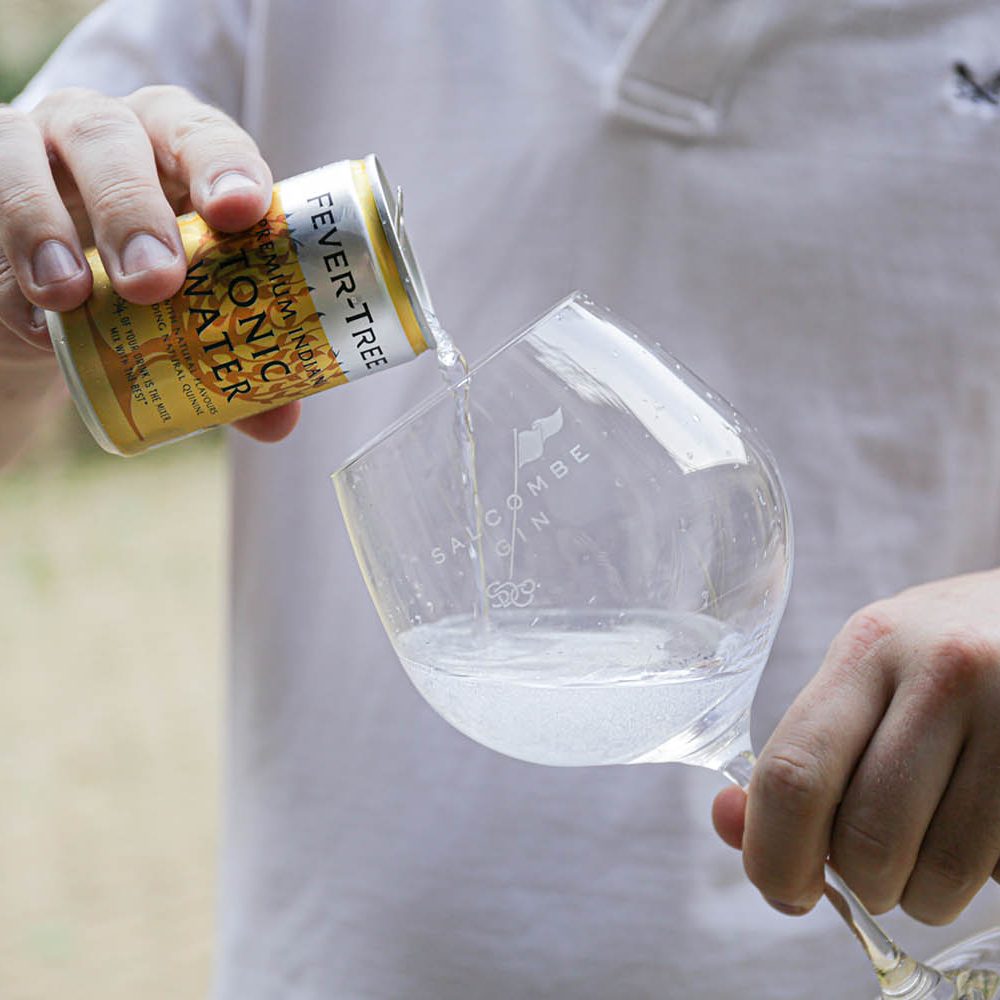 Overall, I like Niall’s collaboration with Salcombe Distilling Co. Much like his cooking, the gin is innovative and there’s a real complexity to it. I still maintain that £65 is a lot of money for a 50cl bottle and as much as I enjoyed drinking it, I can’t see myself spending that much on my own drinks cabinet. That being said, The Voyager Series is a lot of fun for serious gin aficionados. The beautiful presentation box and its unique botanicals would make Restless a wonderful present. No doubt you’d be in your gin-loving friends’ good books if they received one of these for Christmas…

Restless is limited to only 3,500 bottles, so you’ll want to grab one while you still can. If you’re interested in finding out more, head to the Salcombe Distilling Co. website: www.salcombegin.com/shop/voyager-series-restless

Alternatively, if you’re feeling inspired to make your own gin, you could always book a lesson at: Salcombe Distilling Gin School.

Previous Article
Next Article
Planning a staycation to #Cornwall this year? We d

We love cosy corners like this nook at @cotswold_f

We love the reflection of the sun on Watergate Bay

We're in love with this gorgeous cabin at @theorch

If you don't have a copy of our new spring magazin