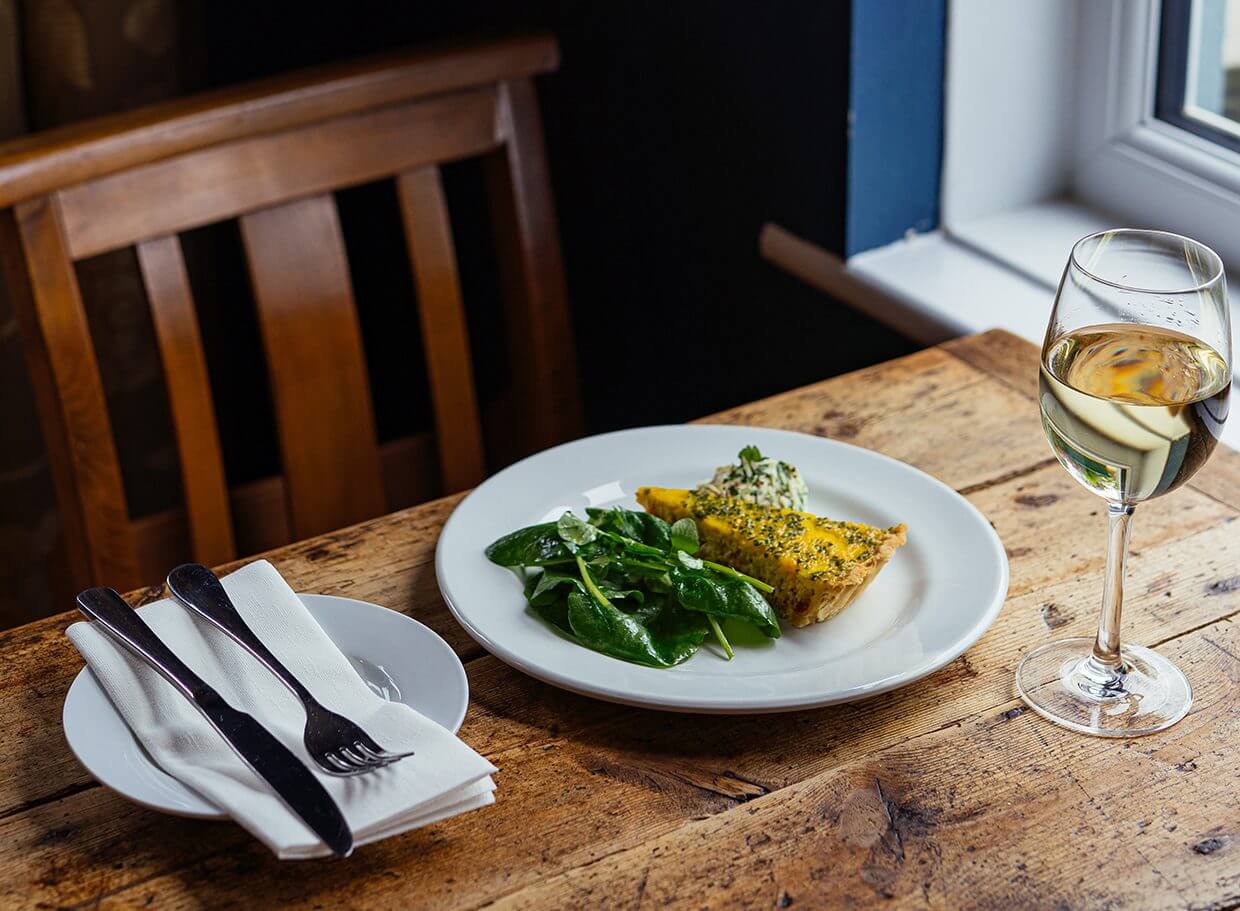 As the dust begins to settle on 2020 and what we hope will be the worse days of the Covid-19 crisis, there are already promising glimpses of renewal from Cornwall’s beleaguered hospitality industry. When the tables finally turn on this pandemic, those of us keen to breathe life back into the local food scene are in for a busy time, travelling from one new dining destination to the next!

There will certainly be scars – mental as well as financial – from the dark days of lockdown, and it is desperately sad that some businesses and jobs have been lost forever.

Jude Kereama, who represents the South West on the board of Hospitality Action, shared his thoughts with us: “The Covid-19 pandemic has hit the world we know and love hard, and we still don’t have any understanding of what the lasting effects will be. However, in this region we are blessed with an abundance of incredible produce and talented chefs, plus an amazing sense of community around the hospitality industry. I have every confidence we will bounce back stronger.”

Chef Ben Tunnicliffe echoed those sentiments when he talked about opening his second pub, The Packet, in the middle of the pandemic, saying: “I have so much faith in the quality and reputation of the Cornish food and hospitality scene; it still feels like a sustainable endeavour to me.”

There were some major openings planned for 2020, some of which – like The Packet – took place, and others fell by the wayside. Even those that opened their doors did so only for a brief time and to a small number of appreciative guests, leaving the rest of us eagerly awaiting our turn.

So, without further ado, here’s our round-up of last year’s openings we never got to, and fresh out of the box arrivals for 2021. Dig in…

Our favourite food escapades are those which take place in close proximity to a comfy bed, with the promise of a substantial breakfast the next day. One new overnight stay we can’t wait to get in the diary is The Pig at Harlyn, where the image of wood-roasted fresh lobster and a glass of Camel Valley on the outdoor terrace has been the stuff of lockdown dreams.

Similarly, The Old Coastguard at Mousehole features high on our post-2020 getaway list. Closed due to a kitchen fire in June 2019, this characterful coastal hotel was scheduled to reopen just as the first lockdown came into force. Owners Charles and Edmund Inkin have managed to keep hold of their core team and clear vision during this turbulent time, and an early visit here will be met with enthusiasm.

There’s a new pocket of epicurean delights just up the coast in the Porthleven area, where Michael Caines’ first Cornish outpost – The Harbourside Restaurant – is flourishing (Caines’ second Cornish venture of 2020, The Cove at Maenporth, is also high on our wish list.) Also new to the south coast is Ben Tunnicliffe’s second pub, The Packet at Rosudgeon. Sister to The Tolcarne Inn in Newlyn, we’re hearing great reports about the small plates menu at this countryside inn, which features the freshest produce from land and sea.

Meanwhile, on the north coast, there’s a real buzz about The Fox’s Revenge at Summercourt. This cosy pub in a beautiful old farmhouse has been taken over by Ben Ambridge, previously Head Chef of The Longstore in Charlestown, and his partner Evie Pratt. Ben’s food incorporates live fire cooking techniques, with lots of grilling, charring and smoking to achieve maximum flavour. Expect pub classics executed with flair and made with premium local ingredients at this idyllic rural inn, which initial reports suggest has landed firmly on the Cornwall food map.

Also in the Newquay area, we are anticipating the launch of Canteen at the Orchard any day now. This one is completely fresh out of the box ready for 2021, as the pandemic gave chef Ben Quinn time to concoct his expansion plans. The new Canteen will be sister to the Wheal Kitty original; expect wholesome, great value plates of food and a community ethos. Ben also co-created a cookbook during lockdown – we’ll have more on this soon.

Later in 2021 we’re promised the third arrival in the Kota Collective family of restaurants. The launch of Kuki at The Valley, Carnon Downs, was planned for 2020 but never materialised due to the pandemic. Jude Kereama now plans to open Kuki this spring. Small plates at lunchtime will major on Cornish seafood, with the evenings taking it up a notch. Jude’s Asian-inspired spin on local ingredients has won him a loyal following, and this latest project is sure to hit the ground running.

Also delayed – but not indefinitely – is Ben Prior’s new restaurant at 27 The Terrace, St Ives, which is scheduled to bring a fresh take on fine-dining to West Cornwall sometime in the spring.

We’re plotting a return visit to Outlaw’s New Road, where Nathan Outlaw is now serving a set seafood menu each day, described sparingly as “of the highest quality, served simply in homage to our Cornish waters.” Quitting the chase for accolades and returning to cooking the food he loves, we suspect visits here will be even more enjoyable as a result.

Emily Scott has a return of her own planned, as she prepares to launch a new permanent outpost at Watergate Bay. Emily ran a successful pop-up in the former Fifteen Cornwall building at Watergate last summer. As of 31st March, she will take over a different space by the sea – the former Watchful Mary bar – which has impressive views over the beach and ocean. It will be called Emily Scott Food and feature a simple, stripped-back seafood and plant-based menu showcasing local ingredients.

One restaurant we did make it to, but not as many times as it deserves, is Appletons in Fowey which opened to a stuttering start in the spring. Andy Appleton and his partner Lyndsey have perfectly fused Italian cuisine and Cornish ingredients, and the results are as mouth-watering as they sound…

Sadly, one new opening we were looking forward to – The Ethicurian at Trevibban Mill Vineyard – has fallen by the wayside, a permanent victim of the pandemic. However, vineyard owners Liz and Engin will be running the space as a restaurant themselves and, with the promise of playful wine pairing, we’re sure it will be fabulous.

Got too used to staying in? Check out Cornwall’s best private chefs for an at-home restaurant experience. 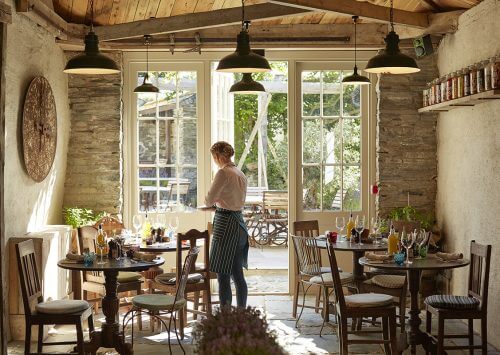 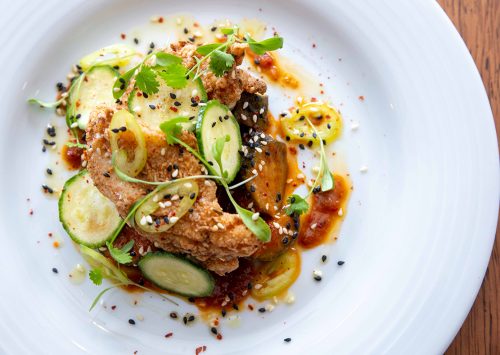 Everyone who sees a copy of our new Dorset Guidebo

If you enjoy dining out in Dorset then you ought t

In our new Dorset Guidebook we chat to Melanie Mol

St Michael's Mount might as well have been plucked