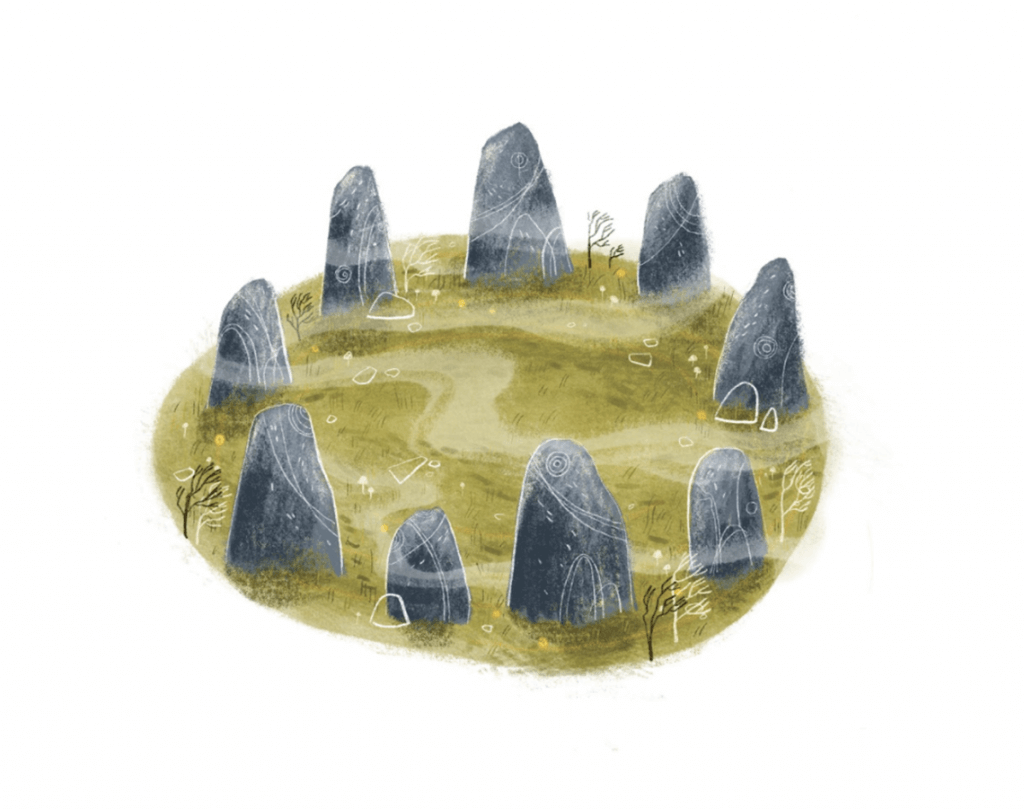 Cornwall’s wild and rugged landscape has breathed life into a wealth of myths and legends. In this land of magic and intrigue, you need only scratch the surface to uncover a unique folkloric past…

The Cornish certainly have a knack for storytelling. Perhaps there’s something in the water. But after a pint of Rattler has loosened their tongue, most Cornish folk have a story to tell about their local town. Every harbour has a ghostly galleon, materialising in the night only to melt away in the mists of dawn. Mermaids and piskies colour familiar tales and such stories are so pervasive it’s hard to unpick the annals of history from local legend… 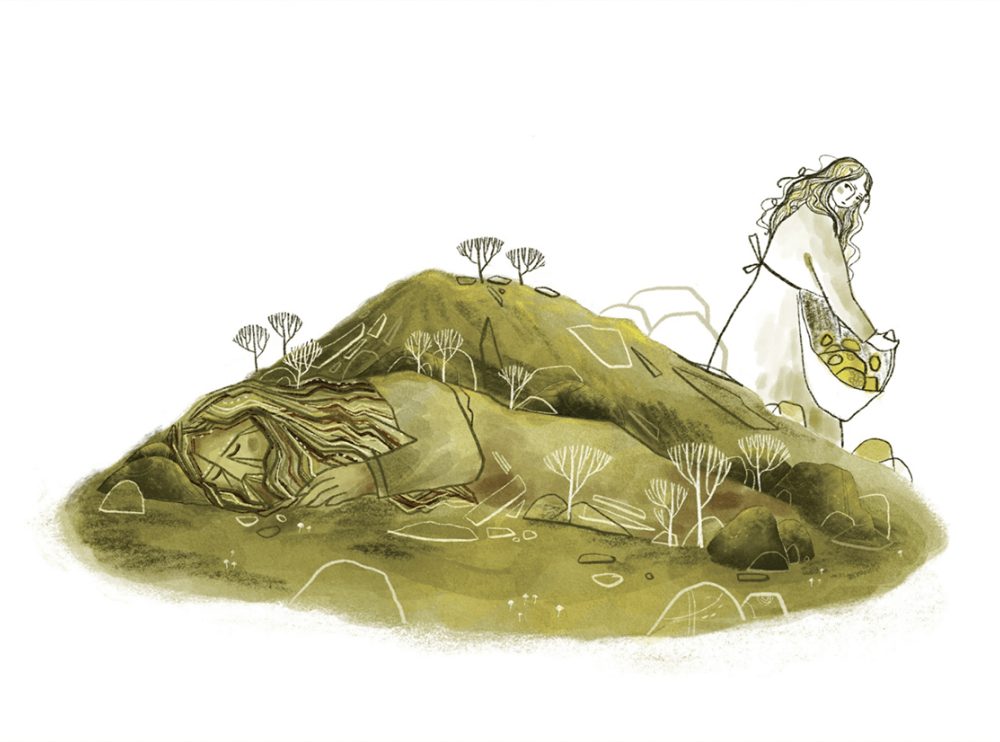 Cornwall is the fabled home of giants, monstrous men who were miles tall and prone to fits of rage. These enormous creatures are often used to explain the unexplainable, such as unique geographic landmarks or unusual stone remains. Tales reference giants carving colossal seats out of the earth or hurling humongous boulders at one another. These brutes inhabited the land long before man and the first legendary ruler of Cornwall, Corineus, supposedly had to fight the giant Gogmagog to solidify his rule.

St Michael’s Mount is said to have once been home to the giant Cormoran and his long-suffering wife, Cormelian. Their tale states that, centuries ago, Mount’s Bay was covered by a thick, foreboding forest and Cormoran insisted that his wife help him quarry granite to build a mound in the middle on which to live. One day, Cormoran decided to take a nap and left his wife to shoulder the burden of work.

Tired of following his backbreaking orders, Cormelian shook the heavy granite boulders from her apron pockets and replaced them with lighter, green stones. When her cruel husband woke, he realised what she had done and punished her with a rough shove. The green stones you’ll see at St Michael’s Mount today are said to have fallen there when Cormelian’s apron strings broke and scattered the rocks to the forest floor.

But the spiteful Cormoran got his just deserts when the bay flooded, leaving him to live alone on the granite island they had created. He would regularly wade ashore to steal livestock from nearby farmers or disturb the local community by fighting and bickering with other giants.

The locals grew tired of Cormoran’s antics, and a reward was offered to anyone who could kill the boulder- throwing brute. A farmer’s boy named Jack rose to the challenge, creeping onto the Mount one night and digging a huge deep pit. He disguised the trap with sticks and leaves and at sunrise he blew his horn to wake the sleeping giant.

Startled by the sudden noise, Cormoran ran out onto the Mount to find the source of the commotion. Failing to see Jack’s clever trap, he fell into the pit and found himself buried up to his neck. Jack seized his opportunity to dispose of the giant once and for all and reached for his axe. Legend says he lopped off the giant’s head, forever earning the reputation of Jack The Giant-Killer – sound familiar? 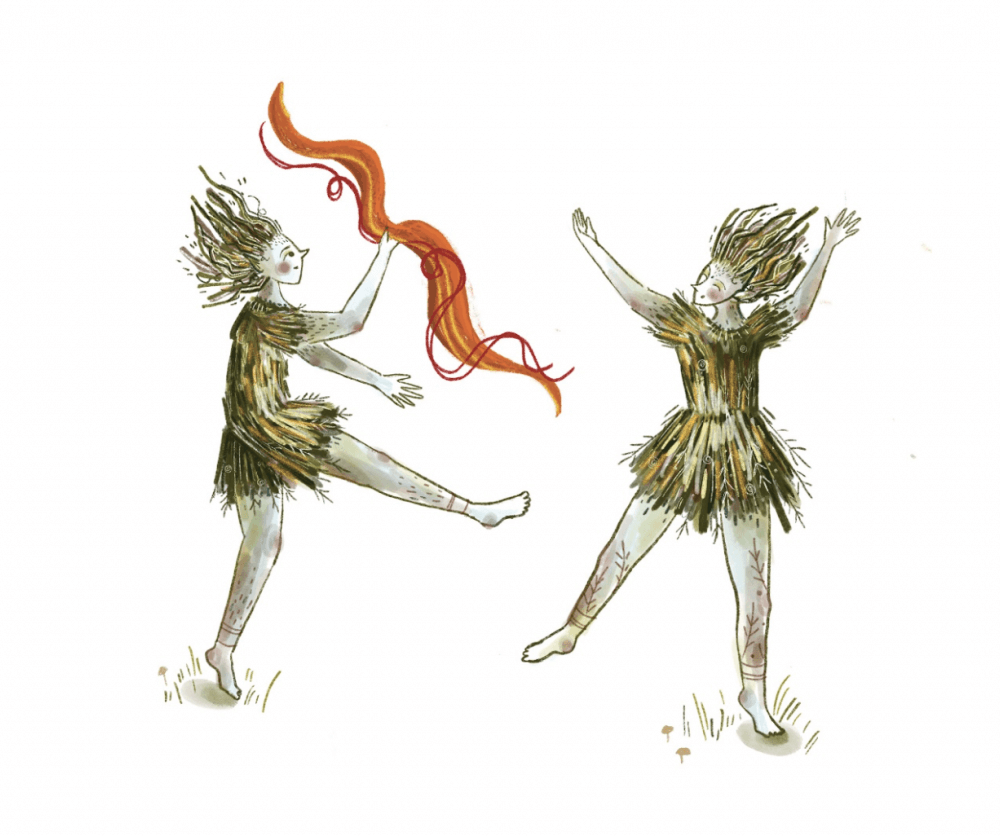 Along with its giants of mythical proportions, Cornish folklore is filled with references to the Pobel Vean
(little people). Chief among these magical, miniature creatures are the Cornish piskies. These tiny, sprite-like creatures are said to roam the countryside of Cornwall and Devon, dancing and making merriment, as well as getting up to all manner of mischief. Legend states that piskies live in secret, isolated places, such as burrows and stone circles, and are so small they can sit in the palm of your hand or rest in the shade of a toadstool. But what these little charac-ters lack in size, they make up for in their cheeky dispositions.

Piskies are rumoured to lure unsus-pecting travellers off moorland or forest paths. They’re fiercely protectiveof their homes, and they have been known to get into territorial scuffles with local monks. But piskies are also fickle by nature and can easily be won over with a colourful ribbon or a small token gift. Once suitably pacified, they are said to be helpful creatures who love to dance and sing.

Along with piskies, the Cornish bucca regularly crop up in local lore. These small creatures are said to have inhabited the mines and cliffs of coastal communities. In his extensive research into the faerie folk of Corn-wall, 19th century folklorist, William Bottrell, distinguished between two types of bucca – bucca widn (white bucca) and bucca dhu (black bucca). Regardless of their nature, it is known that the people of Cornwall were deeply superstitious about these wiry little fellows. In the fishing ports of Newlyn and Mousehole, it was tradition for fishermen to leave out a portion of their catch for the bucca, and in Penzance sailors claimed to hear bucca cries from high up on the cliffs.

A particularly well-known bucca was The Sea Bucca of Lamorna Cove. With skin the colour of a conger eel and a tangled mess of seaweed hair, legend claims he was often spied swimming in the waves or perching on the rocks with the gulls. The lonesome creature was fabled to have once been a handsome human, who was cursed by a jealous witch to live a life of solitude.

As testament of their unpredictable nature, this particular bucca was very fond of children and was known to assist Lamorna fishing boats by driving fish into their nets and crabs into their pots. Yet he was also capable of a terrible rage if you crossed him, so locals made a habit of avoiding him, leaving out the occasional fish or morsel to placate him instead… 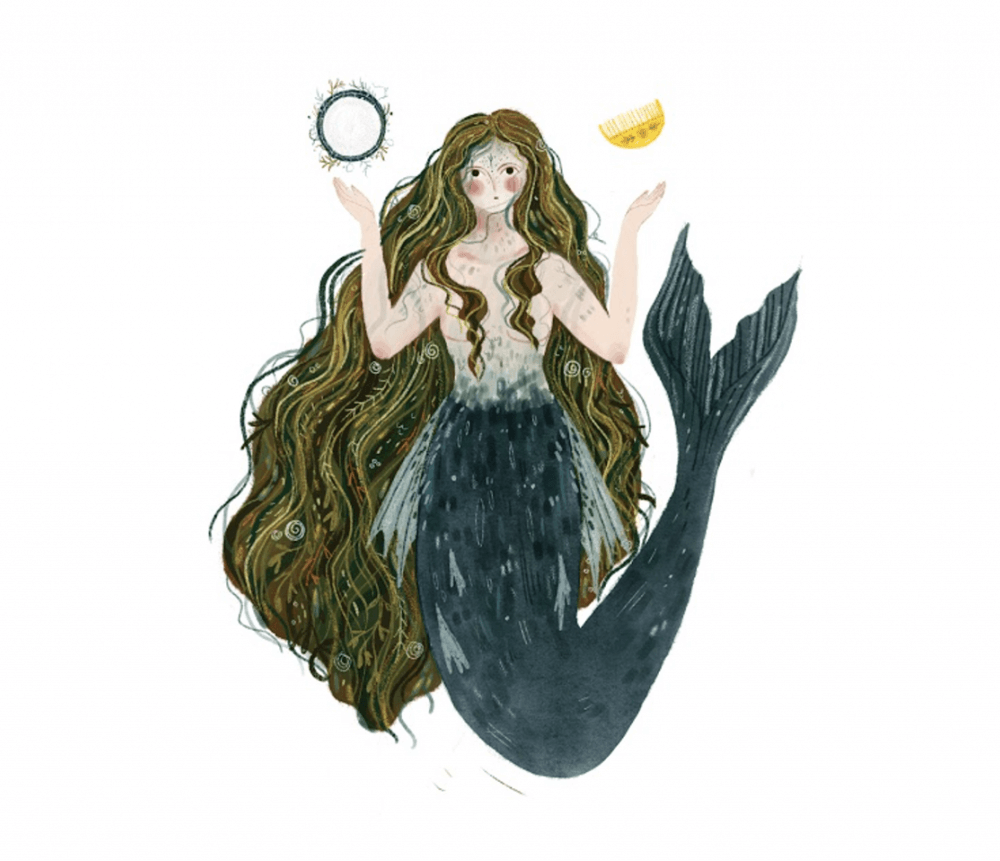 Beautiful, mysterious and often dangerous, mermaids have an important part to play in Cornish folklore. These alluring sea dwel-lers are rumoured to have resided in hidden coves, enticing sailors to their untimely demise and somtimes taking human lovers. Sightings of mermaids have been reported as far north as Padstow – where the deadly Doom Bar was apparently formed by a vengeful mermaid – to southernly Seaton. But the most famous Cornish mermaid of all has to be Morveren: The Mermaid of Zennor.

The tiny village of Zennor sits betwixt the moors and the wild North coast, just five miles west of St Ives. Here you’ll find the church of St. Senara, home to an intriguing artefact known as the Mermaid’s Chair. This wooden bench is believed to be around 600 years old and features an ornate carving of a mermaid with flowing hair. She clutches a comb in one hand and a mirror in the other, making her an unusual sight for an ancient church. The carving is said to commemorate a local tale that goes something like this:

The choristers of St. Senara have always been famed for their beautiful singing, but no one was ever quite as exceptional as the handsome young Mathey Trewhella. Mathey would often lead the congregation in song and his voice was said to be so angelic that folk would come from far and wide to hear him sing. On one particularly sunny Sunday, his performance drew Morveren from the sea.

The mysteious mermaid disguised herself as beautiful human woman and slipped into the back of the church to join the congregation. During the service, Morveren’s own celestial voice caught Mathey’s attention. Captivated by his other- worldly admirer, the young singer vowed to learn more about her and at the end of the service, he pursued her back down the coastal path to Pendour Cove. Legend says that Mathey was never seen again, but locals believe that she took him by the hand and the lovestruck pair vanished beneath the waves.

Years later, a ship cast its anchor off the coast of Zennor and the captain heard a woman calling out from the water. To his surprise, she was a mermaid and she asked him to kindly move his ship’s anchor. She said that the anchor was resting on the entrance to her home and she could not get inside to see her husband.

The captain obliged and the mermaid vanished once again with a flash of her shimmering tail. When the captain came ashore and told his tale to the patrons of a Zennor tavern, the locals were convinced that the mermaid was the mysterious woman who had led young Mathey Trewhella away many years before…